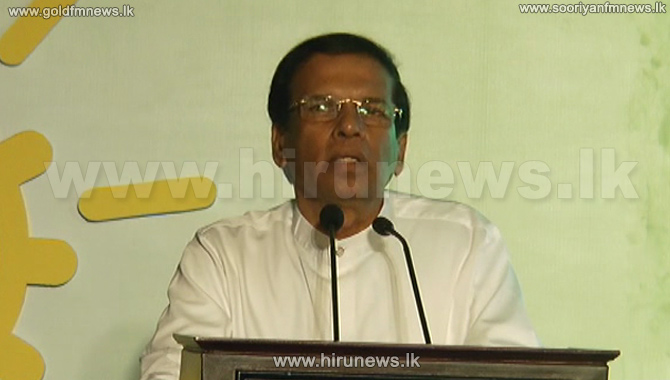 President Maithripala Sirisena is expected to address the Asia Cooperation Dialogue being held in Bangkok today.

During a visit with Thai Prime Minister Prayut Chan-o-cha, President Sirisena said Strong Regional Corporation is the key to overcome the challenges of poverty and equity.

Prime Minister Chan-o-cha thanked President Sirisena for attending the ACD stating that the increased corporation in the Asian region is vital for maintaining its competitiveness and overcoming poverty.

President Sirisena was also thanked for his visit in November 2015 where sacred Buddhist relics were presented to Thailand.

President Sirisena highlighted the bilateral relationship between Sri Lanka and Thailand as being entrenched in the Theravada Buddhism that both countries inherited.