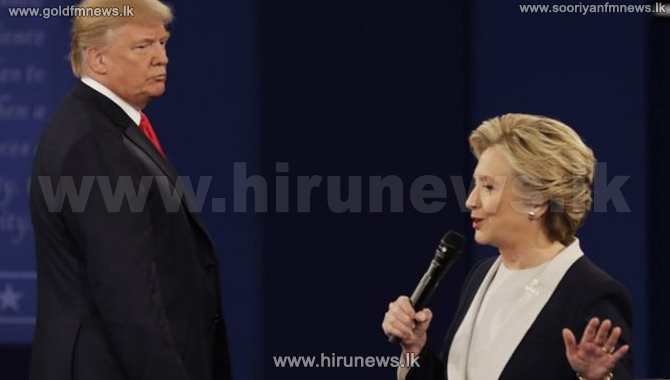 Hillary Clinton has won the second presidential debate according to voters, the first opinion poll has found.

The CNN poll found 57 per cent of people feel Ms Clinton won the debate, compared to 34 per cent of voters who felt Donald Trump performed best.

A further poll by YouGov found 47 per cent of people polled favoured Ms Clinton while 42 per cent backed Mr Trump.

Among people who had previously been undecided about who they would be casting their vote for, Clinton also won narrowly by 44 per cent to 41 per cent.

The heated debate took place following one of the most dramatic and bitter weekends in the election, after footage emerged of Mr Trump allegedly discussing groping women. Mr Trump was challenged by the convenor about his comments. He responded that he was "embarassed" by his comments but said "I have great respect for women. Nobody has more respect for women than I do."