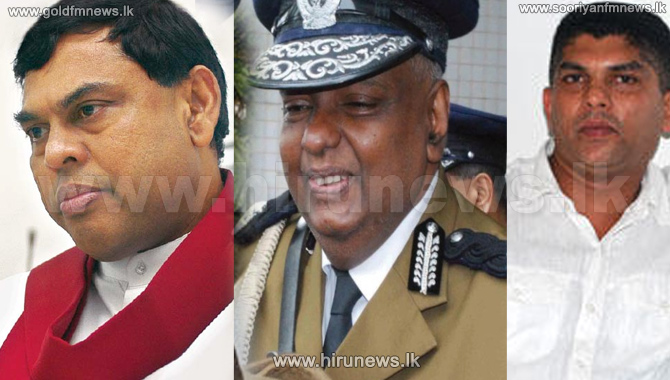 Former Minister Basil Rajapaksa and former IGP Mahinda Balasuriya reported to the Presidential Commission of Inquiry to Investigate and Inquire into Serious Acts of Fraud, Corruption and Abuse of Power, State Resources and Privileges (PRECIFAC) this morning.

Basil Rajapaksa appeared before the Commission at 10.00 am to record a statement with regard to a financial misappropriation committed by the former chairman of the Upcountry Development Authority.

Upcountry Development Authority came under the purview of Basil Rajapaksa when he held the office of minister of Economic Development.

Former IGP Mahinda Balasuriya was summoned before the Commission to record a statement with regard to incurring a 30 million rupees loss to the government by providing four members of the National Freedom Front with armed police security details, when he functioned as the IGP.

In the meantime, MP Lohan Rathwatte reported to the FCID at 10 o’clock this morning to record a statement with regard to a financial misappropriation committed in the construction of Diyagama Mahinda Rajapaksa Stadium.