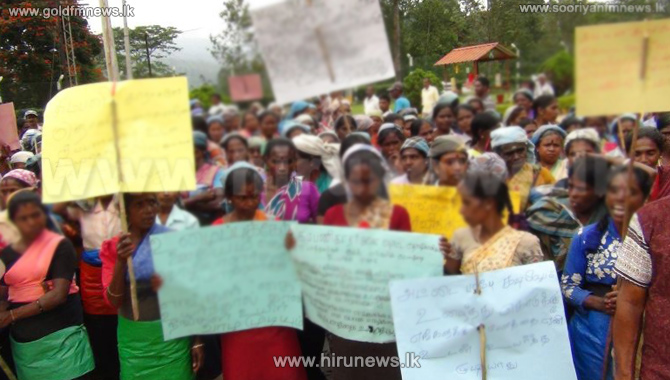 The country suffered a loss of about Rs. 1 billion due to the protest launched by estate workers demanding an increase of their daily wages up to Rs. 1000, the Ministry of Plantation Industries stated.

Estate workers in ten areas in Bogawanthalawa protested this morning demanding their wage arrears of 18 months to be paid.

The protest by the workers were continuing for 10 days.

The daily wages were increased to Rs. 730.