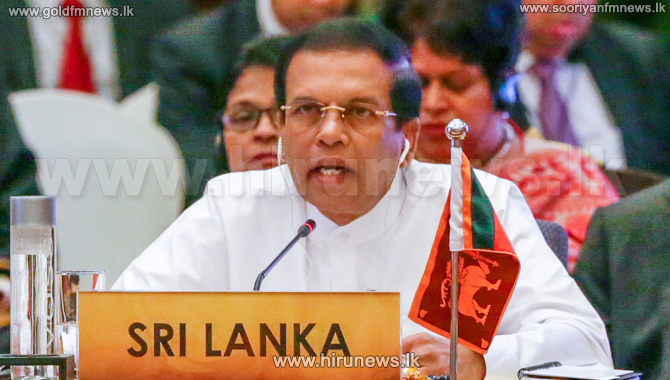 President Maithripala Sirisena said that Sri Lanka is ready to be the leading force of science and technology and innovation in the Asian region.

Addressing the Asia Cooperation Dialogue being held in Bangkok this morning, President Sirisena said that the emerging Asia will become the global economic and financial hub within the next few years.

He further said that Asian nations should implement a program to share knowledge in several sectors among fellow countries.

President Sirisena also said that the vision and the road map of the Asia Cooperation Dialogue 2030, to be passed during the summit will help immensely to achieve sustainable development in the region.

Dr. Rouhani extended an invitation to President Sirisena to visit Iran during their meeting.  He also said that his country expects to streamline the supply of oil to Sri Lanka in order to contribute to its economic development.

In addition, Iranian President Rouhani has proposed to President Sirisena to improve the current export import business between the two countries.

Responding to Dr. Rouhani, President Sirisena said that Iran and Sri Lanka maintain bilateral relations with a great understanding of the internal issues of both countries.