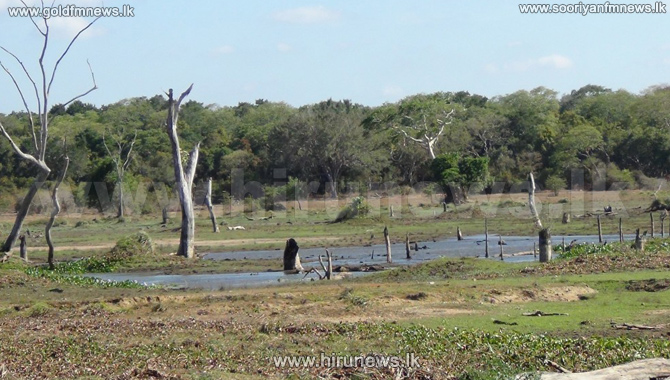 The number of persons affected by the dry weather condition prevailing in the island has risen to 607,478.

161,337 families from 19 districts including Polonnaruwa, Anuradhapura and Ampara have been affected by the inclement weather.

According to the disaster management Centre the Polonnaruwa district claims to be the most affected, where 130,513 persons have been distressed.

A drinking water crisis has also cropped up in several areas due to the prevailing dry weather.

A protest staged by the residents of affected areas disrupted the traffic along Tissa –Kataragama road this afternoon.

Our correspondents also noted that the drought has affected wild life in the area.

Due to the water levels receding in the hydro catchment areas, our correspondents noted that there is a risk of wild animals of Yala and Wilpattu parks invading nearby villages.

Wilpattu National Park curator Manoj Widyaratne stated that water is supplied to makeshift pools to meet the drinking water requirements of its animals.

Meanwhile, the blaze which erupted at Beragala Kanda in Haputale has flared again due to the prevailing dry weather.

Badulla Disaster Mangement Centre noted that army troops have been deployed to douse the fire.

Our news team questioned officials at the MET department with regard to the myths spreading among the people of the affected areas as well as regarding the prevailing dry weather condition.

Director General of the department Lalith chandrapala noted that even though showers can be expected within the next week, there will be no heavy showers.

Meanwhile, Water Supply and Drainage Board chairman K. Anzar said that supply has been limited to 18 hours a day due to the prevailing dry weather in the island and the excessive use of water.

The authorities request the public to use electricity and water sparingly until the prevailing drought is over.