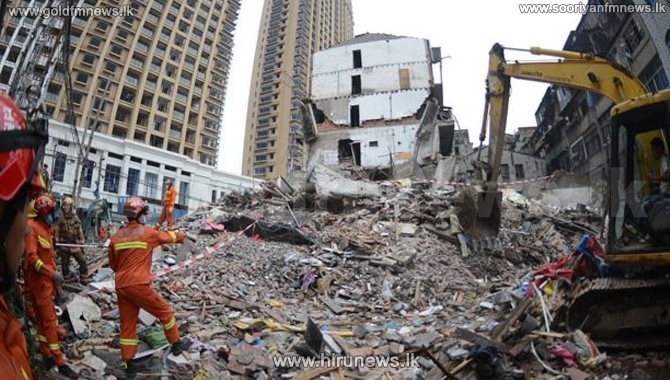 Twenty two people have been confirmed dead after a group of residential buildings collapsed in eastern China, state media reports.

The incident on Monday saw four buildings in Wenzhou in Zhejiang province reduced to rubble, reported the Xinhua news agency.

The buildings were reportedly built by villagers in the 1970s and were in a poor condition.

Most victims were migrant workers who had been renting cheap rooms.

"They lost their lives to take advantage of cheap rent. It is horrible," Guo Lin, a witness told news outlet China News Service.

Six people have been pulled out of the rubble alive.