Two including a doctor die in fatal accident 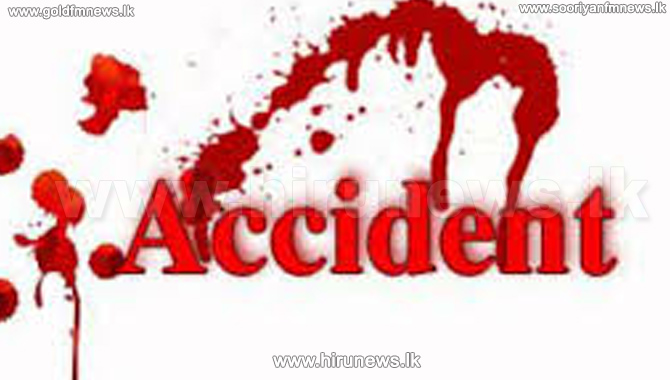 Two persons including a female doctor died in a motor accident which occurred at Sinharama area in Mahawa along Kurunegala – Anuradhapura main road this morning.

According to the police, the accident occurred when the cab in which the victims were traveling collided with a container parked by the roadside.

The victims include a female doctor attached to the Vavuniya General Hospital and her cousin sister.

Reports indicated that the cause for the accident is due to cab driver falling asleep at the wheel.

Mahawa Police noted that the relevant cab driver has been admitted to Kurunegala Hospital in critical condition.