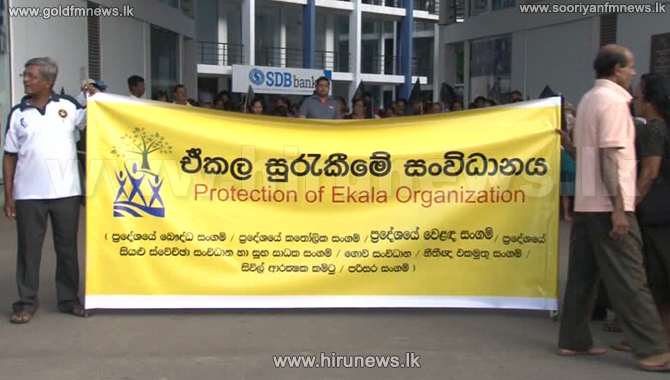 A group of residents today blocked Colombo Negombo main road at Ja Ela and staged a protest against dumping Meetotamulla garbage to a wooded area in Ekala.

Traffic on the road was interrupted for over two hours due to the protest.

Later, the protestors handed over a petition to the Ja Ela Divisional Secretary.

Meanwhile, the fire erupted in the garbage dump behind the Vincent Dias Stadium in Badulla has not been doused for the third day.

According to our correspondent, BELL-212 and MI-17 helicopters of Sri Lanka Air Force joined the fire brigade in a joint fire fighting operation, to douse the fire.

A policeman attached to the Badulla police said the smog has disrupted the day to day activities of the Badulla town.

At the same time, it is reported that the garbage dump has been accumulated behind the Vincent Dias stadium for the last 40 years.