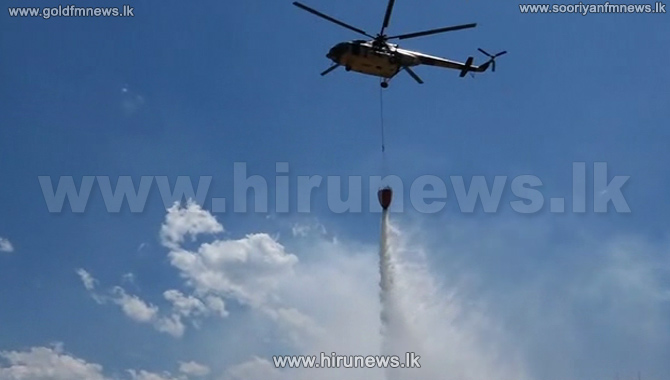 Fire at the garbage dump near Vincent Dias Stadium in Badulla was contained by security officials.

The fire was spreading for the last four days.

Air Force Helicopters of the category Bell 212 and M. I. 17 as well as the Police, Army and Fire Brigade personnel were involved with dousing the fire last afternoon.

The authorities had taken steps to close 5 schools in the badulla area, till next Monday, due to the city being blanketed with smoke.

The city’s daily activities were also affected by the smoke.

The garbage mount has reportedly been in the area over the last 40 years.