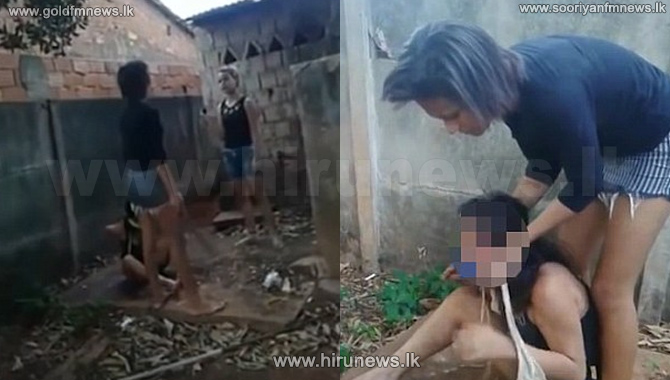 Four teenage girls have been remanded to judicial custody in Brazil’s Trindade after a video emerged showing them brutally assaulting and stabbing a classmate, whom they believed to be their love rival.

The girls, all aged between 13 and 16, went to the same school, and tortured their victim for over four hours, binding her hands and legs together.

They were reportedly upset with their victim, 14-year-old classmate Liza (name changed), for seeking help from one of their boyfriends to organise her fifteenth birthday party. They doubted that she was going out with the boy.

Liza was lured to the location with the ruse ‘of a party’, where she was bound and pushed into a shallow grave and stabbed with a machete. They also struck her on the head with sticks, gagged her and strangulated her.

Recounting her ordeal, she said, “They called me round to their house and when I arrived, they began to hit me. They tied me up and showed me where I was going to be buried. Then they stabbed me and put me in the hole in the ground. I thought I was going to die there."