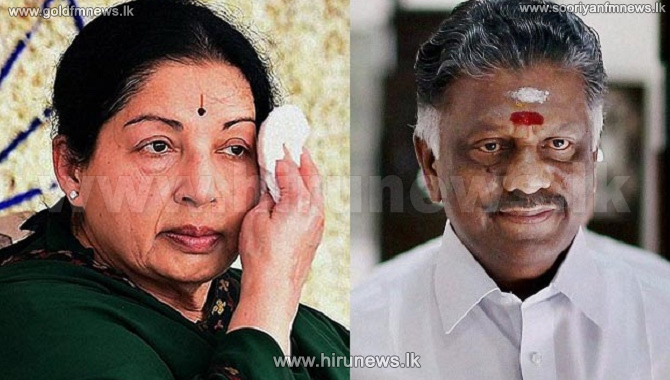 Tamil Nadu Governor C Vidyasagar Rao on Tuesday allocated the portfolios of chief minister J Jayalalithaa to finance minister O Panneerselvam. Jayalailthaa, who is undergoing treatment at Apollo Hospitals, will continue to be the chief minister.

An official statement from Raj Bhavan said, "Under Clause (3) of Article 166 of the Constitution of India, the Governor allocated the subjects hitherto dealt with by chief minister J Jayalalithaa to O Panneerselvam, minister of finance, personnel and administrative reforms."

Panneerselvam will also preside over the cabinet meetings. "This arrangement has been made as per the advice of the chief minister and will continue until Jayalalithaa resumes her duties," the statement said.

Jayalalithaa was admitted to Apollo Hospitals on September 22 on complaints of "fever and dehydration." According to medical bulletins, the CM requires a longer stay at the hospital as she is on respiratory support.