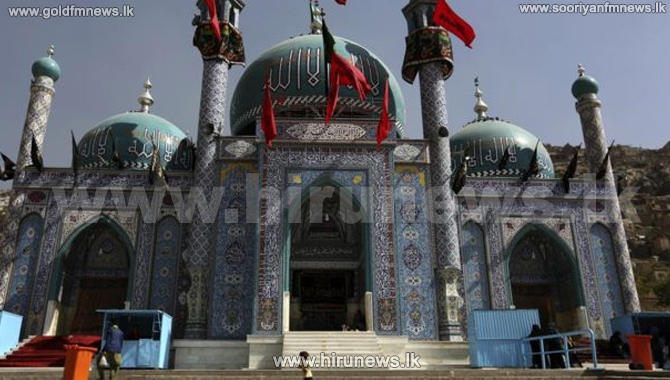 At least 14 people have been killed in an attack on a shrine in the Afghan capital, Kabul as Shia Muslims prepared for a religious day of mourning.

A crowd had gathered at the Karte Sakhi shrine for Ashura, a commemoration of the martyrdom of Hussein, a grandson of the Prophet Muhammad.

No group has claimed responsibility.

Meanwhile, hundreds of Afghan troops have been deployed to drive Taliban fighters from the capital of Helmand province, Lashkar Gah, in the south.

Lashkar Gah is reportedly in lock down with only a few shops open and many families trying to flee the fighting.

Schools and universities across Helmand have been closed indefinitely.