Sri Lanka lost development opportunities in the past- PM 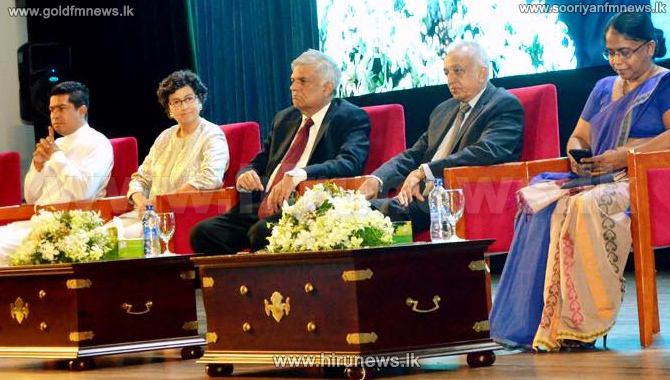 At the Global Development Export Summit 2016, titled “Business success through connectivity, competition and change’, the premier said Sri Lanka had focused its attention in the wrong direction and, the consequences of such are visible today.

The Prime Minister also stated that one of the shortfalls of Sri Lanka was its actions followed by losing GSP plus concession in the past.

He pointed out that Bangladesh received GSP plus continuously and as a result, the country was able to be successful in the garment export industry.

He said that Sri Lanka had expected to sustain itself on the foreign remittances by expatriates instead.

Export development will generate employment and it will help the masses to rise to the next income group bracket.

Premier Wickremesinghe said the government has therefore been preparing the necessary political environment as well as the infrastructure for such development goals.