State to ensure a good future for all children- Prez 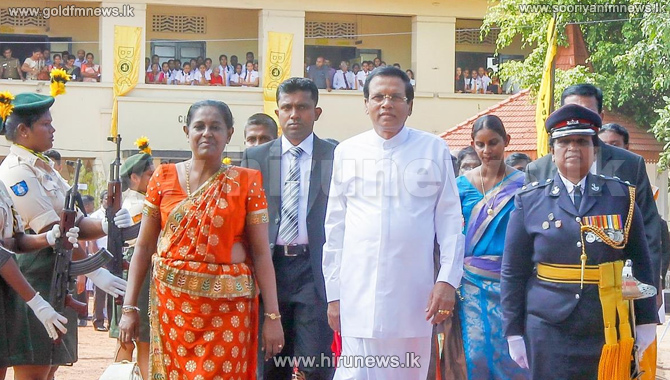 Government is dedicated to safeguard the future of all children, President Maithripala Sirisena said.

Taking part in the 75th anniversary celebrations of the Anula Vidyalaya, Colombo the president added that the priority will be given to stop children from getting addicted to illegal drugs.

A stamp was issued to celebrate the school’s anniversary during the event.