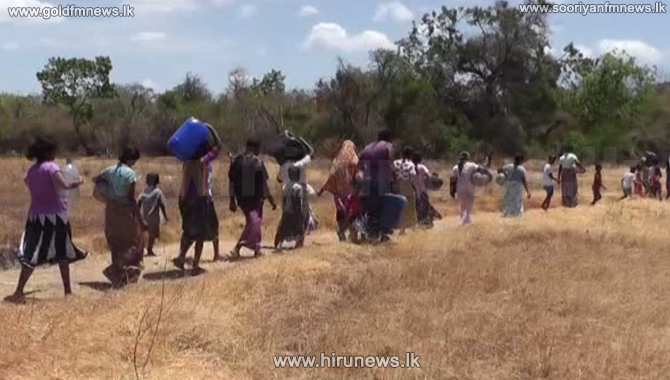 Over 650,000 people in 20 districts are hit badly by the prevailing drought conditions, while Polonnaruwa is affected the most.

Other affected districts include Anuradhapura, Batticaloa and Puttalam.

Following are the number of affected people in each district.

The Disaster Management Center stated that about 150,000 families are finding it hard to find sufficient water for their day to day work.

Meanwhile, crops in most of the areas were destroyed due to the lack of water.

However, the Department of Meteorology said that rains can be expected in the coming days.