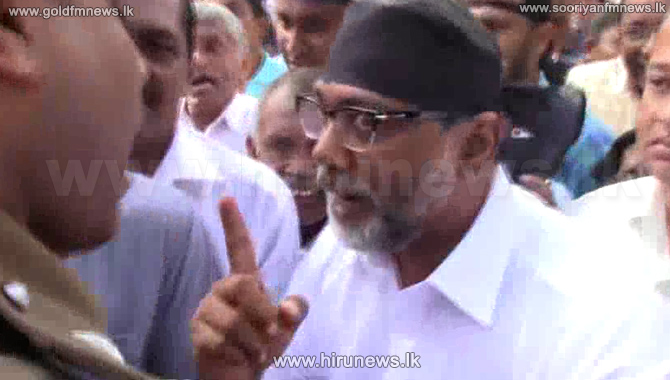 A tense situation erupted this morning at the opening ceremony of a Horana, Moragahahena bus stand.

The opening ceremony was scheduled to take place under the patronage of Megapolis and Western Development Minister Patali Champika Ranawaka at 9.30 this morning.

However Joint Opposition MP Vidura Wickramanayake arrived at the location before the auspicious time and carried out the ribbon cutting ceremony.

MP Wickramanayake was accompanied by over 1000 supporters to the venue.

The situation was aggravated when police intervened and stopped protesters’ from driving a bus into the new bus stand.

Addressing his supporters, Wickramanayake said that Moragahahena is his ‘village and nobody can intervene in its affairs without his permission’.