Question to PM from the Joint Opposition over the Presidents statement 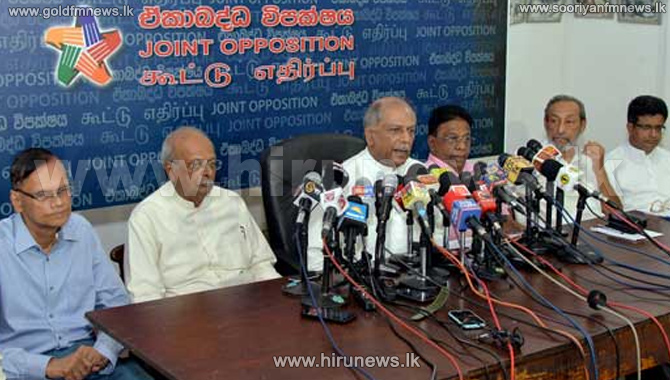 The JVP stated today that the president should explain the people according to whose whims and fancies FCID, CID and Bribery Commission work.

The President charged yesterday, if the three investigative institutions follow a political agenda, he would be compelled to take a decision in that regard.

JVP, in a communiqué issued today with regard to the president’s statement pointed out that the President has challenged the mandate of 6.2 million people who voted him to power in the name of democracy and good governance during the last presidential election.

JVP further stated that grave allegations have been made against several politicians who joined this government for ministerial positions yet they have not been investigated.