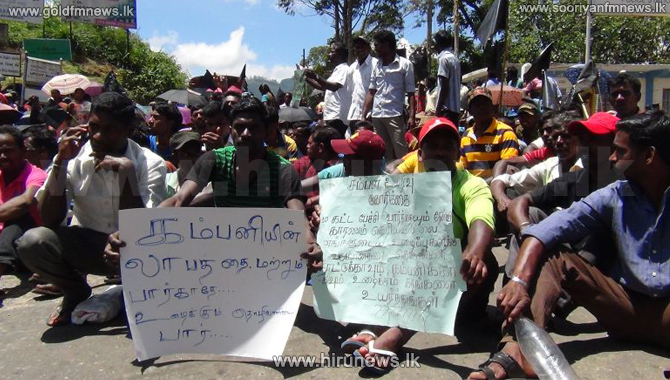 The consensus agreement between Estate Employees’ Trade Unions and Estate Owners on estate labourers’ daily wages will be signed today.

The consensus between the two parties has been reached on a 730-rupee daily wage.

Protest agitations began on September 24th, in several areas including Central Hills demanding that daily estate labour wage be raised to Rs. 1000 from the then daily wage of Rs.620.

Protests staged in Kegalle and Maskeliya as well as Colombo city, caused some serious traffic congestion, which lead to major delays.