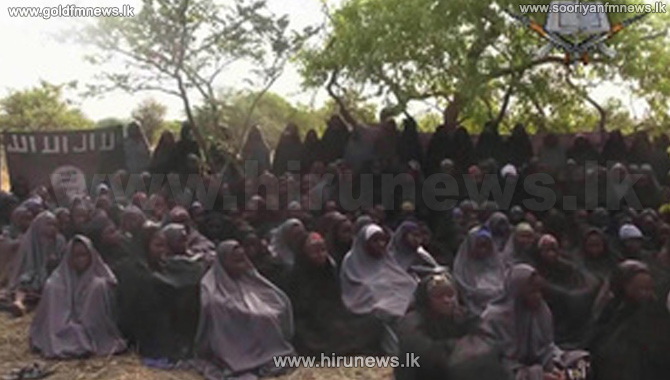 Jihadist group Boko Haram has freed 21 of the more than 200 Chibok schoolgirls kidnapped more than two years ago, raising hopes for the release of the others, officials said Thursday.

Nigerian Vice President Yemi Osinbajo met with the freed girls in Abuja and expressed joy over their release.

"It's a very exciting news for the whole country," he said.

"About an hour ago I met with the 21 who have been brought back. They are reasonably in good health considering the circumstances in which they have been held," Osinbajo told reporters after the meeting.

The vice president's office also released the names of the girls which showed that one of them was carrying a baby.

Local sources said their release was part of a prisoner swap with the Nigerian government, but the authorities denied doing a deal with Boko Haram.

Declaring Thursday's release "significant", Nigerian officials said the breakthrough would help the recovery of the 197 girls who remain in captivity.

"It's just a first step in what we believe will lead to the eventual release of all our girls," Nigerian information minister Lai Mohammed said in Abuja.

"When you are fighting an insurgency, it's a combination of carrot and stick," Mohammed said. "The release of these girls does not mean the end to military operations. But it could mean a new phase in the conduct of the war against terror."

In a statement, the Nigerian presidency said the girls were freed after negotiations between Boko Haram and the Nigerian government brokered by the International Committee of the Red Cross (ICRC) and the Swiss government.