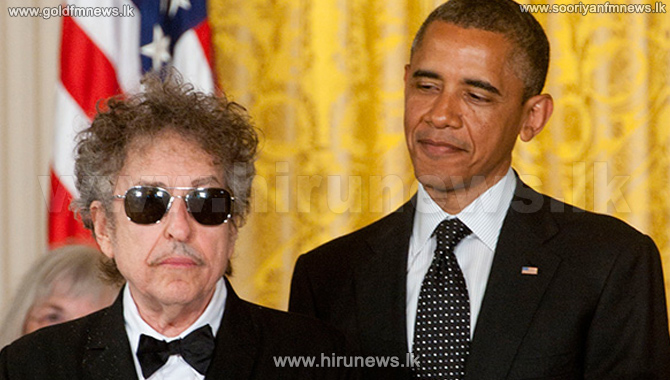 President Barack Obama praised Bob Dylan as one of his “favorite poets” on Thursday after the musician became the only singer-songwriter to ever win the Nobel Prize for Literature.

Obama first met Dylan when he performed at the White House in 2010. The president reveled in the music icon’s mystique.

“He was exactly as you’d expect he would be,” Obama told Rolling Stone later that year.

“Finishes the song, steps off the stage ― I’m sitting right in the front row ― comes up, shakes my hand, sort of tips his head, gives me just a little grin, and then leaves,” he recalled. “And that was it ― then he left. That was our only interaction with him. And I thought: That’s how you want Bob Dylan, right? You don’t want him to be all cheesin’ and grinnin’ with you. You want him to be a little skeptical about the whole enterprise. So that was a real treat.”