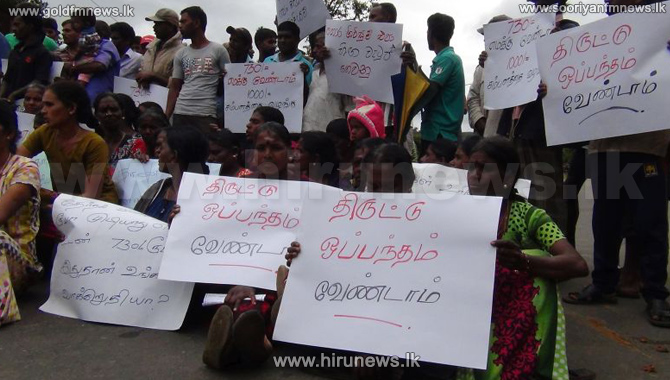 A tense situation erupted when the estate workers collective wage agreement was about to be signed this morning.

A special discussion between estate worker unions and estate owners is being held at the Labour Ministry.

Labour Minister W.D.J. Senevirathna told our news team the outcome of the discussion will decide whether or not the collective agreement is signed today.

The two factions have agreed on a 730 rupees daily wage, but trade unions have demanded the current 620 rupees wage is increased to 1000 rupees.

Over the last several weeks estate workers in several regions across the country, including upcountry, staged protests to see this demand met.