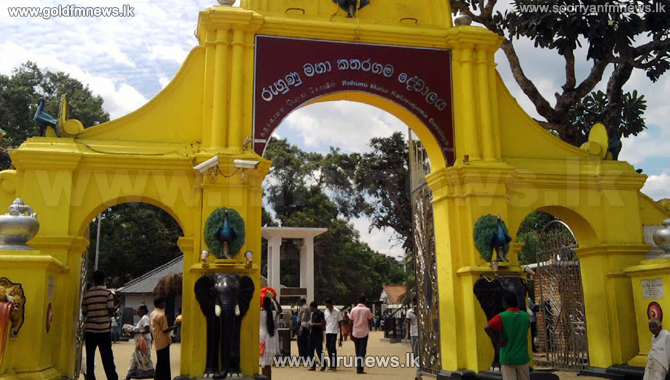 The Chief custodian of the Ruhunu Kataragama Devalaya D.P. Kumarage says that the Wildlife Ministry has agreed to legally return its elephant “Bhanu”.

Bhanu was taken into Wildlife custody recently on a dispute over its license.

It was reported recently that there is a shortage of elephants to conduct the annual Perehera.

Kumarage told our news team that the Minister of Sustainable Development and Wildlife promised him that two or three elephants would be released to be used for cultural rites of the Devalaya.

When our news team contacted the Ministry of Sustainable Development and Wildlife, a senior spokesman said that steps will be taken to release elephants for temples and devalayas.

He further said that Kataragama Devalaya will be given priority and a Cabinet paper in this regard will be presented soon.