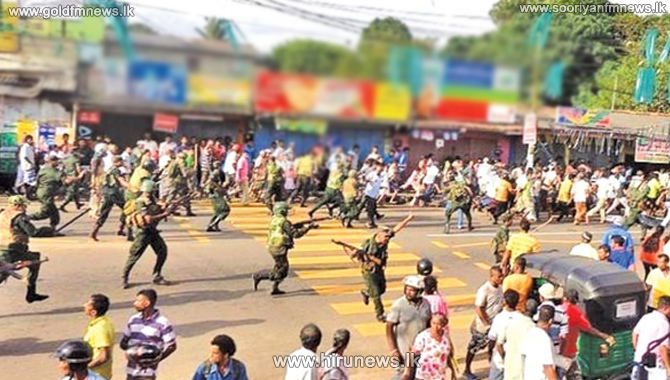 Gampaha Magistrate’s court today issued a verdict on the incident where three youths were assaulted and shot to death during a protest demonstration staged in Weliweriya town in 2013, stating that the incident is a crime.

Chief Magistrate Kavindya Nanayakkara issued the verdict after the the relevant case was taken for hearing at the Gampaha Magistrate’s court today.

According to the Magistrate, the investigations into the incident have revealed that two among the three victims have died from gunshot wounds, while the other died after being attacked with a blunt object.

It has also been revealed that three among the 98 T-56 firearms sent to the government analyst, have been used in the shooting.