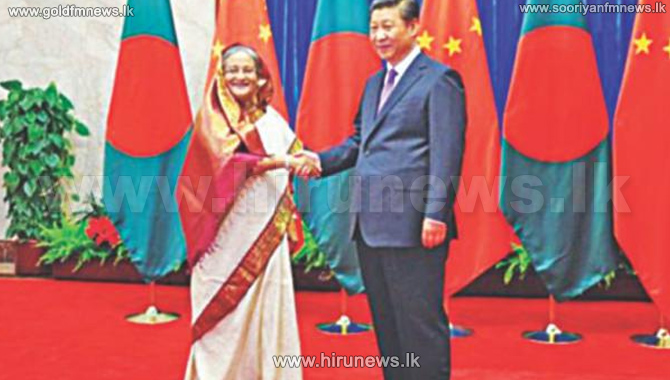 China’s President Xi Jinping landed in Dhaka on Friday marking the first visit by a Chinese head of state to Bangladesh in 30 years.

Chinese state-media heralded the visit as a diplomatic “milestone” of “historic significance,” as the two countries will sign at least 21 agreements amounting to nearly $40 billion investment in Bangladesh.

According to Reuters, China will also sign off on nearly $24 billion worth of loans to the country — Bangladesh’s biggest foreign credit line to date.

The deal comes after of a series of investments made by Chinese companies in Bangladesh in the past several months — including a $1.1 billion deal signed this week by Chinese cable manufacturer Jiangsu Etern Co. to strengthen the South Asian country’s power grid, and a $3.1 billion deal byChina Railway Group to build nearly 170 km of railroads connecting the capital Dhaka to southwestern cities.

Bangladesh has traditionally been one of India’s strongest allies in the region, but experts say that Delhi will not be able to match Beijing’s largesse.