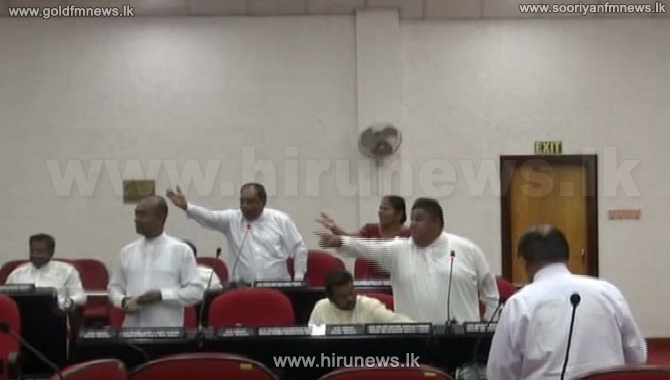 A tense situation erupted today between JVP councillor Samantha Vidyarathna and Uva PC Chief Minister Chamara Sampath with regard to the recent fire that broke in the garbage dump behind Badulla Vincent Dias Stadium.

The situation occurred after councillor Samantha Vidyarathna attempted to present a proposal to the Uva provincial council with regard to the blaze.

Councillor Vidyarathna presented a medical report which described the negative consequences of the fire.

However, the Chief Minister stated that Uva Provincial council does not need any proposals pertaining to the matter.