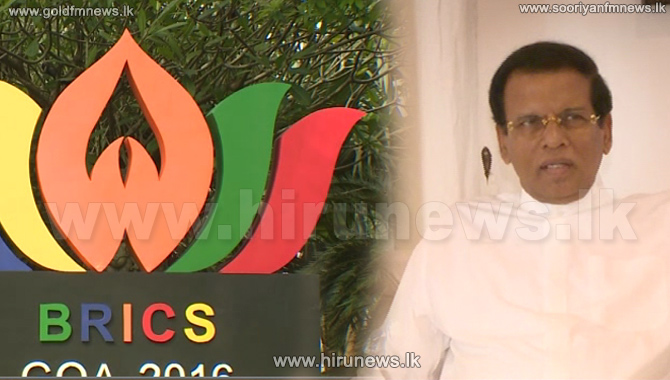 President Maithripala Sirisena will leave for India today to participate in the BRICS Outreach Summit to be held in Goa, India.

The President Sirisena, as well as heads of State of the member countries of the Bay of Bengal Initiative for Multi-Sectoral Technical and Economic Cooperation also known as BIMSTEC will attend the BRICS Outreach Summit as an observer.

President Sirisena is also expected to hold bilateral discussions with several Heads of State on the sidelines of the BIMSTEC summit.

The President is expected to hold discussions with Indian Prime Minister Narendra Modi, Chinese President Xi Jinping and a host of other leaders.