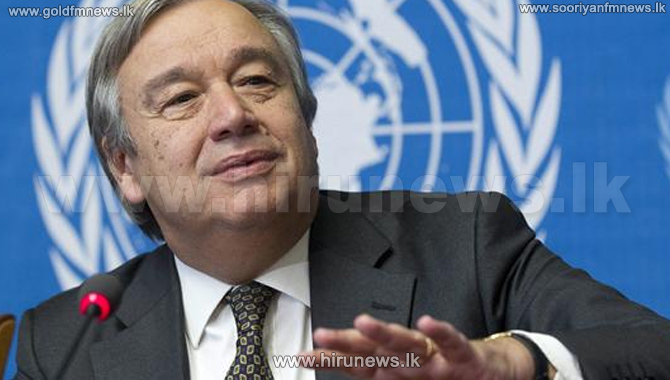 The President in his congratulatory message said that the wealth of knowledge of Antonio Guterres, as the Prime Minister of Portugal and the UN High Commissioner for Refugees will assist him in addressing the challenges faced by the world in the 21st Century.

President Sirisena also stated that the overwhelming support that Antonio Guterres received from the International Community during his election is indeed due to the confidence that is placed on his ability and leadership to steer and guide the United Nations.

The President also said that Sri Lanka has been an active member of the UN for more than six decades and since the Presidential Election in January 2015, he has taken every endeavour to renew and restore the country’s meaningful engagement with the United Nations.