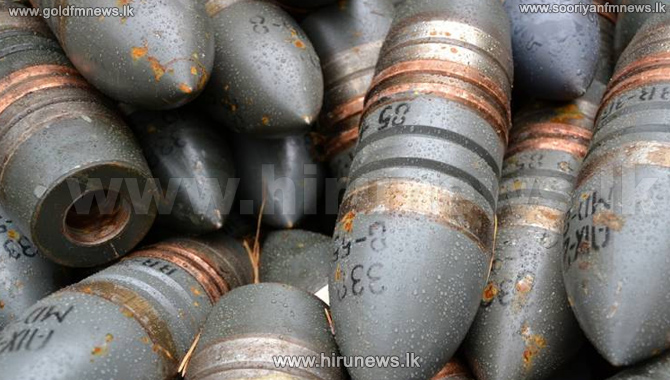 Police have discovered 18 T-56 bullets and 1.2 kg of C-4 type explosives concealed in a remote land at Hegalla in Kosgoda.

According to our correspondent, the bullets and the explosives were found during a search conducted early this morning, after the police received a tip-off regarding the matter.

A statement from the owner of the relevant land has been recorded by the police in connection with the matter.

However, no information has been uncovered over the identity of the persons who concealed the live bullets and the explosives.

A special team has been deployed by the Kosgoda Police to conduct the investigations into the matter, and it is believed that a group of members from an underworld gang may have concealed them.