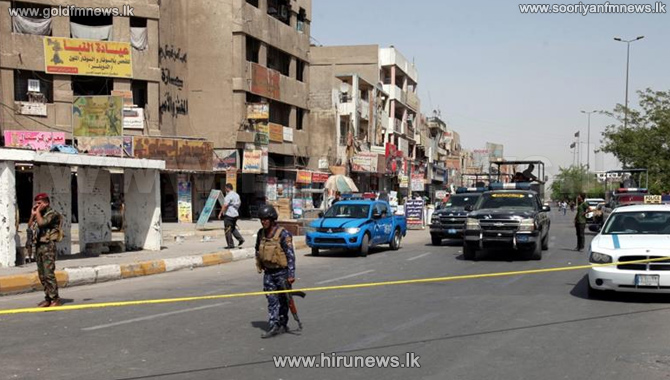 More than 60 were injured in the attack, on a tent in a crowded market in a northern district of the city.

Many Shia pilgrims are taking part in mourning rituals commemorating the killing of the Prophet Mohammed's grandson, Hussein, in the 17th Century.

No-one claimed the attack, though so-called Islamic State have carried out similar attacks in the past.

Reports say a militant detonated a suicide vest in the tent at lunchtime, when it was full of pilgrims.