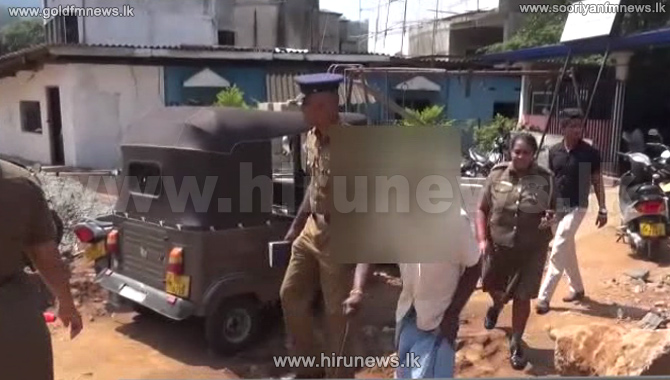 A 65 year old Kattadiya was arrested from Rajagala area in Kandy by the Kandy Division of Children & Women Bureau today, for sexually abusing 4 girls on several occasions.

Police noted that the suspect had offered money and fruits to the girls to lure them to sexually assault.

Reports indicated that he had also threatened the girls and their families that he would kill them using voodoo rituals.

The suspect has been remanded until the 26th of this month, after being produced before Teldeniya Magistrate.

Investigation into the incident commenced after the DIG of Central province received a letter with regard to the matter.