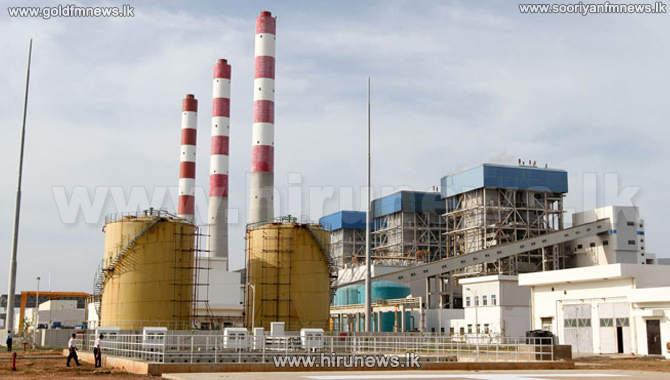 The Ministry of power and renewable energy believes that operations of the Norochcholai power plant which was halted following a technical defect in a transmission line could be restored today.

Director of Development and Media Spokesman of the Ministry Sulakshana Jayawardena said that steps are been taken to restore the power supply.

All three power units of the plant ceased operations last afternoon after a defect in the transmission line between Kotmale to Anuradhapura.

CEB noted that due to this reason power failures were reported from several areas in the northern, north central and eastern provinces.

The national grid incurred a loss of 900 megawatts of capacity following the malfunctioning of the Norochcholai power plant but the power demand will be met from private power plants and other plants across the island.