Kerala Ganja worth 25 Million Rupees found from the Northern Coast 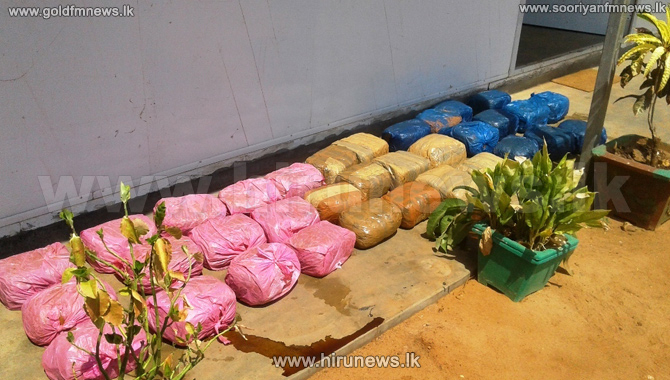 266 Kg of Kerala Ganja have been found during a special search operation conducted in Point Pedro and Madagal coastal belt in Jaffna.

The stock has been found during four separate occasions by Jaffna and KKS Anti Vice squads.

The largest stock was recovered off Ilawalai in Jaffna where 34 parcels weighing 130kg were found floating at sea.

Meanwhile, three persons were arrested while attempting to smuggle in 106kg of Ganja from India.