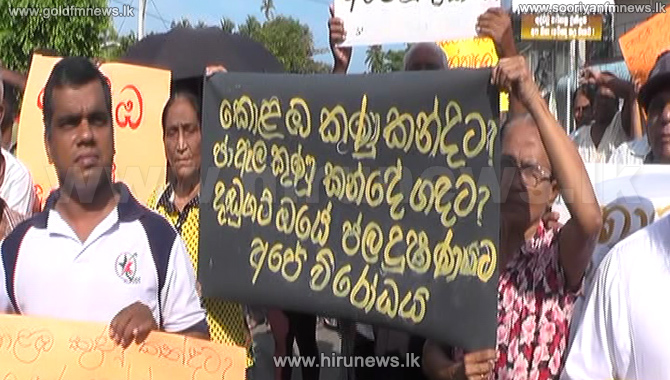 A group of residents staged a protest this morning, claiming that there is an attempt to dispose garbage collected by Colombo Municipal council and Ja-Ela Urban Council, to Kotugoda area.

The protest which was staged at Palliya junction in Kotugoda, disrupted the traffic along the Colombo – Minuwangoda road.

The protestors also noted that if the garbage is disposed, Dandugam Oya which supplies drinking water to several areas including Ja-Ela, will be contaminated.

Recently, a group of residents from Ekala also staged a protest charging that there is an attempt to relocate Meethotamulla garbage dump to Ekala area.