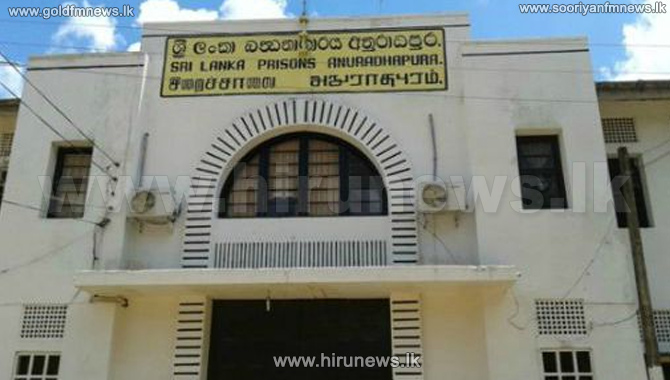 An inmate who was placed under remand custody in Anuradhapura Prison has committed suicide by hanging.

The 51 year old inmate from Maradankadawala, was arrested under the charges of a homicide case, and was remanded following a court order.

According to a spokesman from Anuradhapura Prison, the inmate had tied a torn piece of sarong around the iron rods of a window to strangle himself to death.

Reports indicated that he has received in-house treatment at Angoda Mental Hospital for a mental disorder, and was brought back to the Anuradhapura Prison three weeks ago.

Meanwhile, another inmate had committed suicide by hanging in Matara Prison on the 19th.

The body of the inmate was found inside a toilet of the prison.

It was also reported that the 48 year old inmate was charged with sexual abuse, and was serving a ten years prison term.

Meanwhile, two inmates from Dumbara – Bogambara Prison have escaped, after they were brought to Malwathu Maha Vihara to participate in a Shramadhaana activity yesterday, in conjunction with the Wap full moon Poya day.