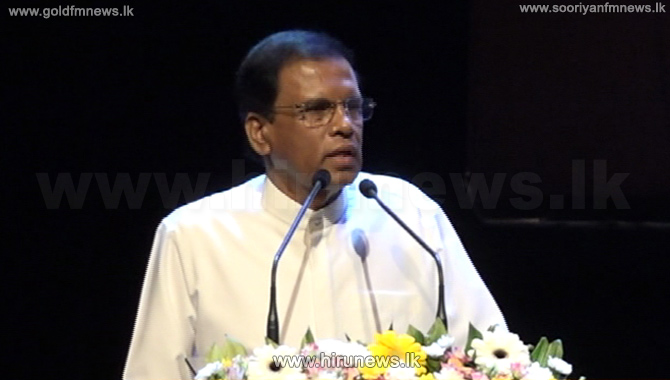 President Maithripala Sirisena reiterated the commitment of the government to establish a BIMSTEC Center for Technology Transfer Facility to contribute to the collective drive for economic advancement.

The President made these remarks, addressing the BIMSTEC Summit held in Goa, India yesterday.

The President further stated that Diversification and modernisation of economies, infrastructure development, knowledge exchange, increased access to technology, enhanced capacity building, and the expansion of trade and investment can no longer be held back.

Leaders of the BIMSTEC meeting commended the President Maithripala Sirisena for the democratic transformation taking place in Sri Lanka.

President Sirisena met with several leaders on the sidelines of the BRICS Outreach Summit.

Meeting with the Foreign Minister of Myanmar Aung San Suu Kyi, the President commended Myanmar's leader who had led a long term struggle for democracy.

Aung San Suu Kyi who commended the democratic transformation occurring in Sri Lanka, expressed her satisfaction over President Sirisena’s political journey and gave assurance of the desire to strengthen bilateral relations between the two countries.

The President who also met Indian Prime Minister Narendra Modi, expressed his thanks for the invitation, and noted that it would consolidate the perennial relations between the two countries.

Indian Premier also noted that he invites Sri Lanka to deepen relations with India, beyond norms and regulations.

He also stated that the arrival of Sri Lankan President for the summit conferred strength to the entire region.