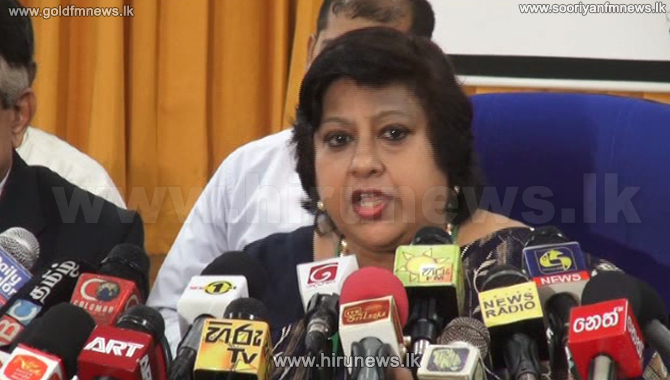 The Director General of the Commission to Investigate allegations on bribery or corruption Dilrukshi Dias Wickramasinghe has resigned from her post.

She had tendered her letter of resignation to the President.

She was appointed to the post by President Maithripala Sirisena on February 11th.

Several attempts made by our news team to contact her failed.

Meanwhile, speaker Karu Jayasuriya issued a statement and said that the President or the Prime Minister are neither uncertain nor contradict facts over the stance of the functions of independence commissions.

The statement also said the stance of the president and the prime minister is that no force should be allowed, to intimidate the independence commissions in the future.

Speaker Karu Jayasuriya further said in his statement that the independence commissions were set up to safeguard the democratic rights of people and such commissions should perform their national mission with confidence.