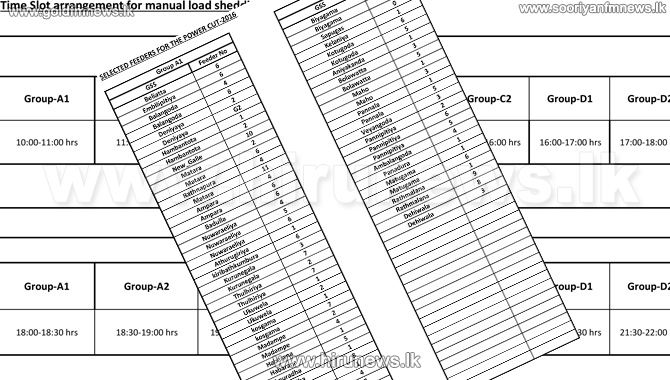 The 3 and a half hour daily power cuts announced earlier have been reduced to two hours.

Addressing a special media conference this afternoon, Minister of Power and Renewable Energy Ranjith Siyambalapitiya said the first round of two and half hour power cuts has thus been reduced to one and half hours.

In addition, the second round of power cuts in the evening has been reduced to half an hour from the previous one hour.

Minister Ranjith Siyambalapitiya said that the turbine which broke down at the Norochcholai Power plant will be reactivated by next Thursday.

The National grid lost 900 Mega Watts after the Norochcholai Thermal power plant became inactive due to a break down on a transmission line last Saturday.