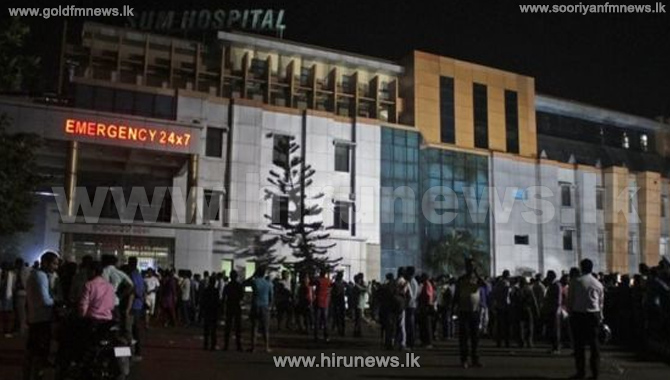 At least 23 people have died after a fire broke out in a hospital in eastern India.

Reports say the fire started in the dialysis ward of the SUM hospital, a private facility in the city of Bhubaneswar, Odisha state.

About 120 fire-fighters were mobilised to tackle the blaze, which was later brought under control.

Prime Minister Narendra Modi said he was "anguished" by the fire. Most of the victims reportedly died from smoke inhalation.

Some frightened patients and hospital employees tried to jump out of the building's windows but were prevented from doing so by police.