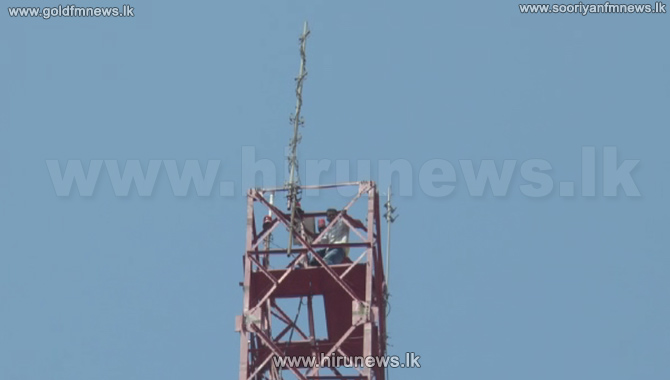 The protest three Sri Lanka Telecom employees had launched by climbing to the top of a Telecommunication tower in Colombo Fort demanding that they be made permanent in service, still continues.

While this protest began at 8 a.m. yesterday, the protesters have spent the night on top of this tower which is about 200 feet tall.

A protestor told our news team that they would be engaged in the protest uninterruptedly till they receive a written assurance meeting their demand.