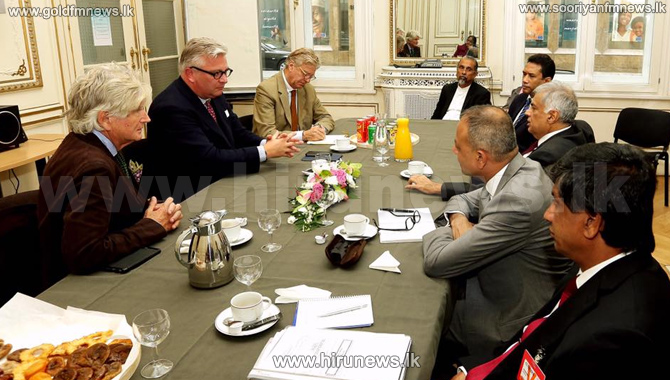 Prince Laurent said that he effectively faced the challenge in adopting renewable energy generation methods among the Belgium people who were, for centuries, used to depend on traditional energy sources.

The Prince of Belgium, made these remarks when the Sri Lankan delegation led by Prime Minister Ranil Wickremesinghe had an audience with him yesterday at the Renewable Energy House in Brussels which is considered the headquarters for renewable energy in Europe.

This building complex built over 120 years ago houses a number of offices, commercial establishments which are all powered by renewable energy sources, such as geothermal energy and solar thermal power.