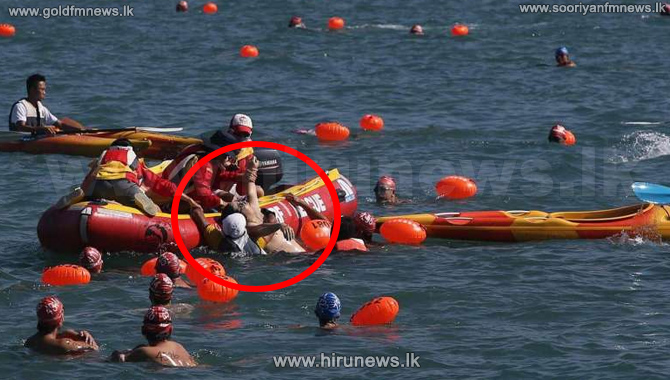 A male swimmer drowned on Sunday while participating in Hong Kong's annual cross-harbor swimming race, while a female swimmer is said to be in critical condition in a hospital's intensive-care unit.

The man, surnamed Ho, was pulled unconscious from the water by a rescue boat 300 meters from the finish line at about 9:30 am.

The 46-year-old father of a 15-year-old daughter and a 4-year-old son was described by his parents as a man who loved to swim. He had completed the cross-harbor swim every year since it was reinstated in 2011. Ho was also a regular marathon runner.

Ho was taken to the Pamela Youde Nethersole Eastern Hospital in Chai Wan. A 60-year-old woman had been pulled from the water moments earlier.

According to Ho's parents, he had been employed as a technician at the University of Hong Kong for more than 15 years and was given a long-term service award before leaving to take a post on the Chinese mainland. Ho returned to Hong Kong two months ago.