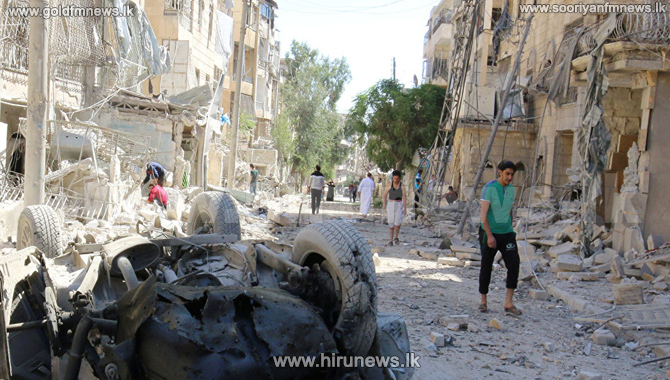 Russia has announced a "humanitarian pause" in its bombing of the Syrian city of Aleppo.

Moscow said it would halt operations in Aleppo on Thursday for an eight-hour span between 08:00 am to 4 pm.

The Russian defence ministry said the pause was agreed so that civilians and rebels could leave the city.

But UN agencies say at least 12 hours will be needed for that to happen.

Volunteer rescuers in Syria said eight children and two women were among the dead after heavy bombing in the past 24 hours, with "bunker-buster" munitions shaking the ground.