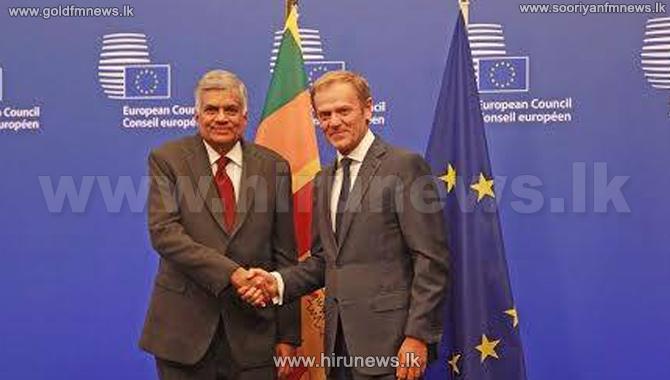 President of the European Council Donald Tusk says that Sri Lanka is nearing to receive the GSP+ subsequent to its recent political and social reforms.

European Council President Tusk has stated that Sri Lanka has defeated a government which was moving towards dictatorship and corruption and is currently bringing about good governance and democracy.

Tusk has expressed these views when he met visiting Prime Minister Ranil Wickremesinghe at the European Council Headquarters in Brussels yesterday.

In addition, European Council president Donald Tusk has stated that he would extend his full support to regain GSP+ for Sri Lanka.