President says budget 2017 has given priority to eradicate poverty 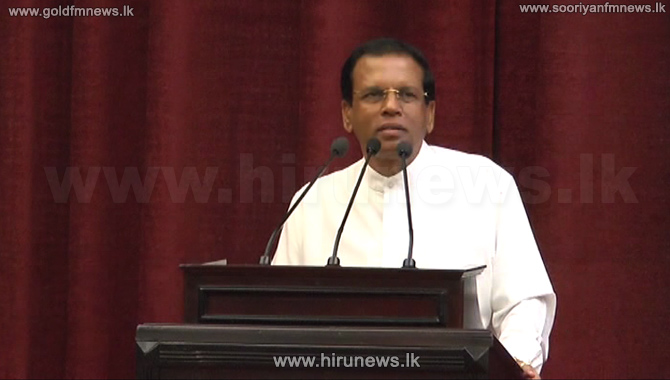 President Maithripala Sirisena says that Budget 2017 will give priority to eradicate poverty in the country.

Addressing a conference titled “Era of Greenery” and 5th Asia Atlantic Regional climate change this morning, the president stated that next year has been named to eradicate poverty.

The president also said that priority will be given to sustainable development while taking stern action against people and institutions that engaged in environmental vandalism.