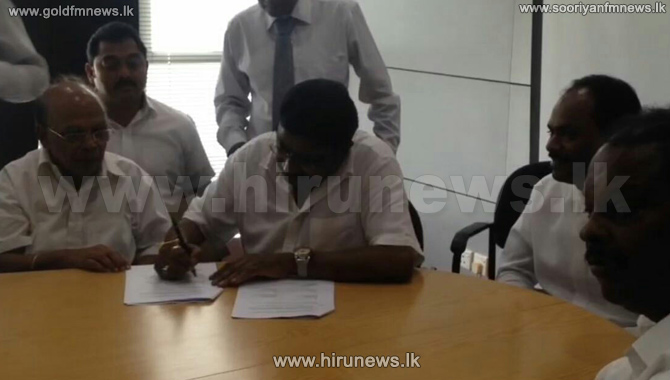 The estate workers collective agreement that increases their daily wage up to Rs. 730 was signed this afternoon in Colombo.

Representatives from both Estate workers trade unions and estate owners participated in the event.

The new agreement will be in force for two years.

Meanwhile, estate workers staged protests in Nuwara Eliya, Hatton and Galle today as well, against the signing of the collective agreement.

The protestors demanded that the daily wage should be increased up to Rs. 1000.