The President says he has not forgotten the past 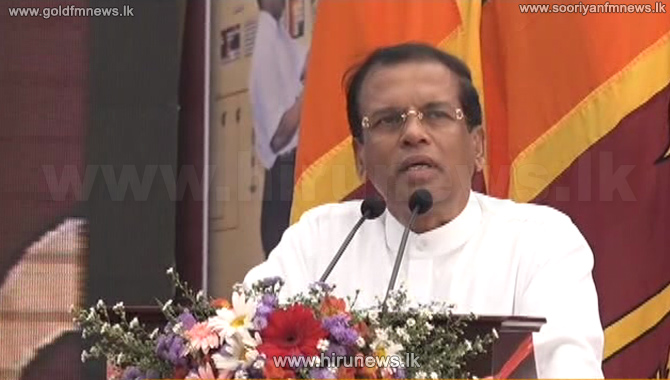 President Maithripala Sirisena said that he has not forgotten the past.

Addressing a ceremony to hand over letters of appointment to manpower workers of the CEB at the parliament grounds, President Sirisena said the current government has faced several challenges during a short spell.

Elaborating his views the President noted that the government has taken steps to establish good relations with the international community, which was disrupted two years ago, when the regime first came to power.

He also noted that in order to develop a country, the government should maintain good relations with its neighbouring states.

In response to those who question the accomplishment of the government, the President stressed that the government has rebuilt ties with the international community and currently taking measures to implement initiatives failed to realize by the previous regime, two years ago.