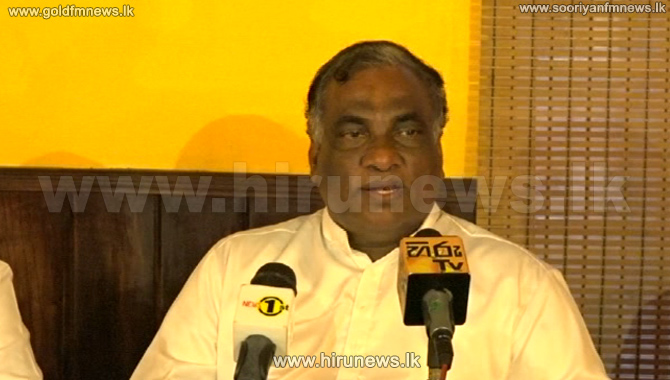 Ruhunu Kataragama Maha Devalaya Basnayake Nilame D. P. Kumarage says that for the first time in history the Temple’s Perahera will have to be held with only one tusker.

The Basnayake Nilame said so while participating at a media briefing held in Colombo yesterday.

He also charged that the Minister of Sustainable Development and Wildlife Gamini Jayawikrama Perera was constantly delaying provision of the Temple elephants as promised by President and Prime Minister.