US says IS using human shields 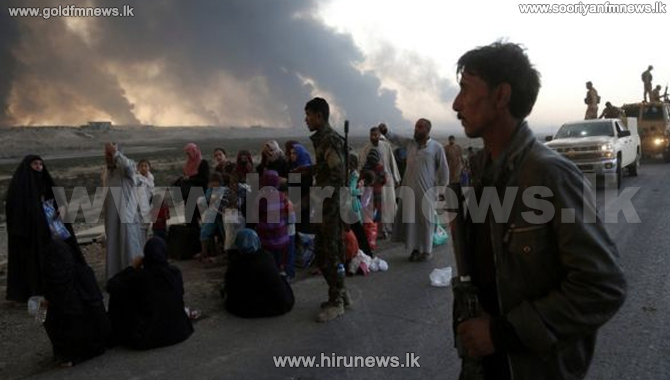 The US has accused Islamic State militants of using civilians as human shields as Iraqi forces move closer to the group's stronghold in Mosul.

Some 700,000 people are believed to remain in the city in northern Iraq, where up to 5,000 IS fighters face the advancing government-led coalition.

The US-backed coalition say they have driven IS out of 10 villages.

Government troops are moving up from the south while their Kurdish allies are approaching from the east in a two-pronged campaign which began on Monday.