Divinaguma case to be heard continuously from March 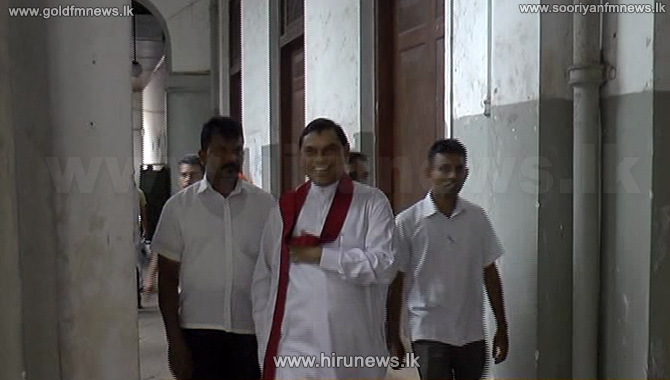 The Colombo High Court ordered today that the case involving the defunct Divi Neguma Department, and 3090 million rupees fraud be heard from March 5th next year.

Former Minister Basil Rajapaksa and three other suspects have been indicted in this Case.

When the case was taken before High Court Judge N.V. Karunathilaka today, the indictments were read out to the suspects.

The four suspects have been indicted under five counts of charges including malicious breach of trust by abusing funds totaling 3090 million rupees, collected from community base development banks that came under the purview of the now defunct Divi Neguma Department.